The Gallery Collection remembers the 9/11 terrorist attacks. From the victims of the attacks, to the first responders and every day citizens who rushed in to selflessly help others. From the World Trade Center, to the Pentagon, to Flight 93. Thirteen years later, and they are all still in our hearts and in our minds. 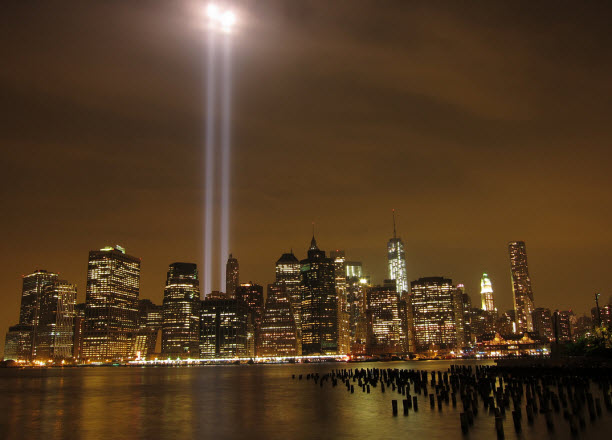 The Gallery Collection remembers the 9/11 terrorist attacks and those who lost their lives; from the victims of the attacks to those heroes who selflessly rushed to help others. 12 years later, and never forgotten.

This year marks a few anniversaries for me. Ten years ago, I moved into my first apartment. Ten years ago, I started working at Prudent Publishing. And, somehow, ten years ago four jets attacked us on our own turf – two of them crashing into buildings not ten miles from the one I sit in today.

I feel as though this past decade has gone by in no time at all. Wasn’t it yesterday that we sat down on a clear September morning to start the workday? The memory seems vivid enough. Though the Prudent Publishing offices are very close to New York City, we felt a bit removed as misinformation spread through our floor. We knew that planes had flown into the World Trade Center, and we had heard about the attack on the Pentagon. I clearly recall being told that planes were headed for all of the major cities in the U.S., and many of the landmarks that define our country. The dismay and shock in the room was palpable.

Then, an email was sent. “One of the Towers has collapsed.” I can hear coworkers on the phone, trying to get through to family in the City. I can see the plume of smoke that rose over the skyline. My new apartment’s beautiful city view would be shadowed in smoke for weeks afterwards.

We were dismissed late that morning and I can still picture the faces in the cars around me, driving to their destinations in silent shock. I can still feel the adrenaline pumping as I would awake in the middle of the night and tune to the cable news channels, wondering what would happen next.

In the ensuing years, it’s been quite an experience to watch Americans come together to volunteer in the days after 9/11, collecting supplies for workers at Ground Zero or putting together care packages for the troops who were sent overseas. There was a sense of patriotism that became more prominent after such a horrific day. As time went by and political lines were drawn, we seemed to lose some of that camaraderie, but on this tenth anniversary, I hope we can remember what we are capable of when we come together instead.