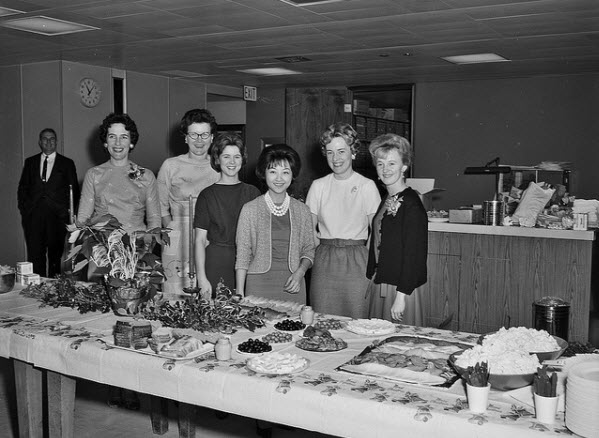 Everyone loves the company Christmas party. However, office parties aren’t what they used to be thanks to the recession, but that doesn’t mean they can’t be fun.

So, a great idea would be to have a holiday party during working hours. Serve a nice buffet with a variety of food so everyone is happy; no alcohol should be served. Get the entire company involved in choosing the theme and cuisine; send emails asking for votes, make the emails light hearted so no one is offended if you don’t take their suggestion. Now that you saved money on a location you can splurge on decorations, make the office festive, and get some great door prizes!

Assign a photographer or two to take candids during the party and make sure you post them afterwards. Don’t make it a job, find someone who enjoys taking pictures! Set up some board games around the office on game tables with folding chairs, nothing fancy. Games like Pictionary and Trivial Pursuit are great for teams! Give prizes that have nothing to do with job performance or achievement. For instance:

When the holidays are over send another email thanking everyone for attending and asking all of the employees their opinion – good or bad – so that next year you can pull off another successful office Christmas party. 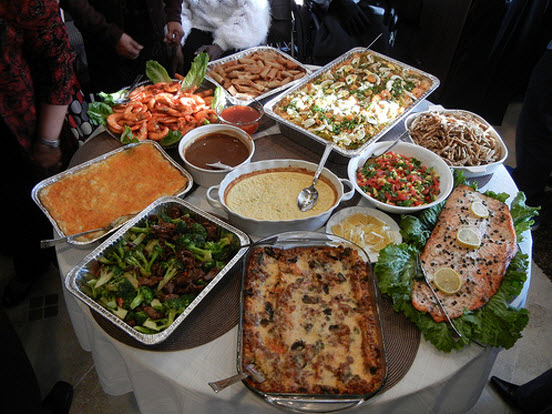 For the first time, I have been put in charge of this year’s holiday festivities. So the big question is – What to serve at an office Christmas party? I’ve honestly not given it much thought before. I usually just show up and the food is there. Isn’t it funny how we think that this just magically happens?

As I started my planning, I was thinking that I want it to be fun and festive. However, I don’t want it to become overly complicated. With that in mind, I began to research my options. I came up with the following ideas: 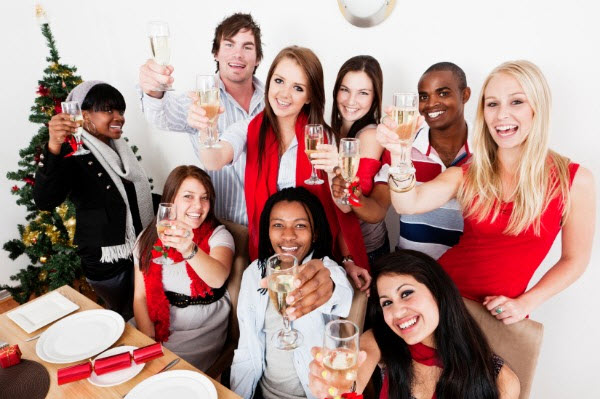 At least one of those things is made-up, but the others are some of my favorite company Christmas party ideas.

Well, I say favorite but I might be fibbing just a little bit. I’m not a big believer in mandatory gift-giving in one’s place of business, unless the spending limit is hilariously low and people know to have fun with it (i.e., everybody buys a joke gift from the dollar store). Because, hey, we’ve all been in that awkward situation where there’s an office Secret Santa and it’s “To Be Taken Seriously”, but you don’t know the person you got all that well and everybody walks away disappointed.

I feel it’s best to avoid that situation altogether.

My absolute favorite kind of office party is one where there’s decent food (catered or informal pot luck, it doesn’t matter), but not a lot of formal structure. It’s supposed to be a party; let the people unwind and make their own fun. By all means, encourage silly outfits. But don’t go so far as to make anything Mandatory™.

Really, the best Christmas party idea anyone can give you is to not over-plan your company party. Just toss up some decorations, put out some food, and see what happens.

I had the best time last year while getting our Christmas cards ready for mailing. We decided to do them all together! It ended up being the most fun office Christmas party ever! We prepared the office conference room with enough chairs so that all 14 of us could sit. We had pens enough for everyone to sign their names and pass them to the next person to the right, one at a time we all signed in just about the same areas so there was enough room for everyone. When that task was complete we then divided up the mailing list of 375 clients, so that everyone had a similar number of cards to address, it turned out to be a page each of about 25 names. 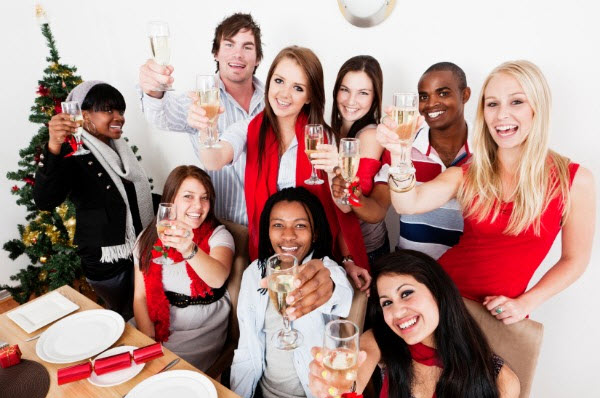 Once that was all done, which is the serious part when we didn’t want any mistakes occurring, we then moved onto the stuffing and licking. After just a few envelopes, your tongue gets dry and sticky, so you need to wet your whistle! The owners are a really great couple and they made sure we all had a red solo cup with fruit filled sangria. Then began the sipping and laughing! By the time we were done with all that work we were enjoying each other’s company, discussing everything and anything except work. Once the work was complete the snacks came out, not to mention the owners had ordered a few pizza’s for all of us. It only took about an hour for the whole process. This was a Christmas party idea we will definitely do again, I suggest you try it!